The government has conceded on our central call for the Digital Economy Bill. Karen Bradley, the Culture Secretary, has said that the government will fulfil a promise “to keep children safe from harmful pornographic content online”, by appointing a regulator to block websites that fail to check ages of user from operating in the UK.

This follows research commissioned by us and the Children’s Commissioner for England. This is a huge step forward and testament to our work with backbenchers, officials and ministers on the issue.

As the Bill moves to the Lords we will continue to push our lines on parity of protection: ensuring that children are as safe online as offline.

The magic of Christmas begins… 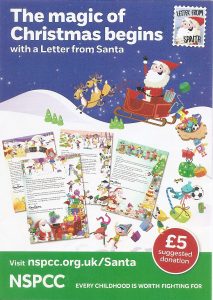 …with a letter from Santa.

Every letter can be personalised with a child’s name, age, hobbies and more.

Proudly supported by Lindt, Letter from Santa helps bring the magic home to children this Christmas.

A suggested £5 donation* for every letter helps us cover the cost and means we can be there to keep more children safe.

Looked After Children – another success 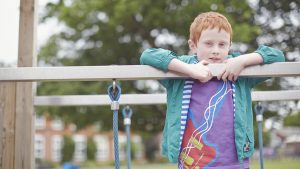 Another political success this week was for Looked After Children in the Children and Social Work Bill, in its third reading in the Lords. Our amendment on the introduction of Mental Health assessments of Looked After Children and introduction of designated health professionals was discussed, and Lord Nash committed to revisit the health assessments guidance.

These are huge shifts in the government’s position on the need and value of mental health assessments for Looked After Children. 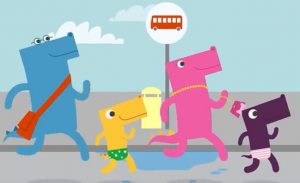 Our Pantosaurus song, picked up gold at the British Arrows Craft 2016 awards for Best Original Composition, despite strong competition from Virgin Media and Thomas Cook.

When played at the awards evening, Pantosaurus had the audience clapping and singing along to the catchy tune.

We developed Pantosaurus in collaboration with Adelphoi Music and Aardman Animations.

This is advance notice of the Sutton NSPCC Branch Christmas Fair on Saturday 17th December from 10am.

The local branch will be holding its Christmas Fair at The Parochial Rooms, The Broadway Cheam.